15 YEARS AFTER STAR WARS GALAXIES FIRST LAUNCHED, THE MMO FOLKLORIST'S GUIDE TO GALAXIES IS A CELEBRATION OF THE BELOVED ONLINE ROLE-PLAYING GAME. This comprehensive guide gives those who played the game – and those who never got the chance – an opportunity to relive the nostalgia and excitement of this landmark entry into the MMORPG genre.

The History of Star Wars Galaxies: Never finding itself far from controversy, Star Wars Galaxies has one of the most dramatic histories in gaming. The MMO Folklorist's Guide to Galaxies features new insights into the game's early and ongoing development, right until its sunset in 2011.

Over 700 Full Colour Images: The memories will come rushing back with rare images of the game, its concept art, and promotional material. All of which are presented from the highest resolution sources available.

The Legacy: Although its official servers are no longer in operation, Star Wars Galaxies is still regarded as one of the most influential online sandboxes ever – unrivalled in the freedom it offered its players. Why does Galaxies' legacy continue to endure, and can the emulation projects ever hope to recapture the magic?

[This book was originally published in 2018 as Galaxies: An Empire Remembered]

Written and edited by @mmofolklorist

Here's what fans of the book have to say:

Read more from the MMO Folklorist at: 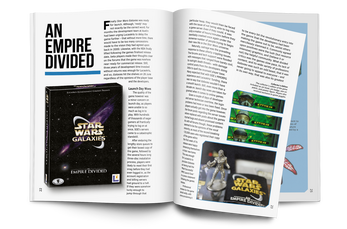 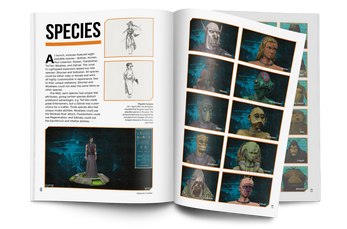